Thanks! Your feedback has been sent.

The Enso Circle is more than just a symbol:

In Zen Buddhism, this represents freedom, concentration and attention to the present moment.

In fact, some Zen masters state the Enso Circle can’t be explained:

Instead, it has to be experienced…

But in this guide, we’ll do our best to teach you everything you need to know about the Enso Circle.

What Is An Enso Circle?

An enso circle or ensō (円相) is a minimalist Japanese symbol that features a simple, circular shape that is not filled in, leaving just the outline.

This circle is a common symbol of Buddhist enlightenment and Japanese calligraphy.

Some may call an enso the Infinity Circle, Zen Circle, Japanese Circle, the Lost Symbol of Reiki, or the Circle of Enlightenment.

This symbol is often painted in a black ink wash called sumi onto thin, white paper or washi, just like traditional Japanese calligraphy.

One may also create an enso in the air or in the dirt.

Regardless of how it is made, an enso must be created in just one stroke without stopping. 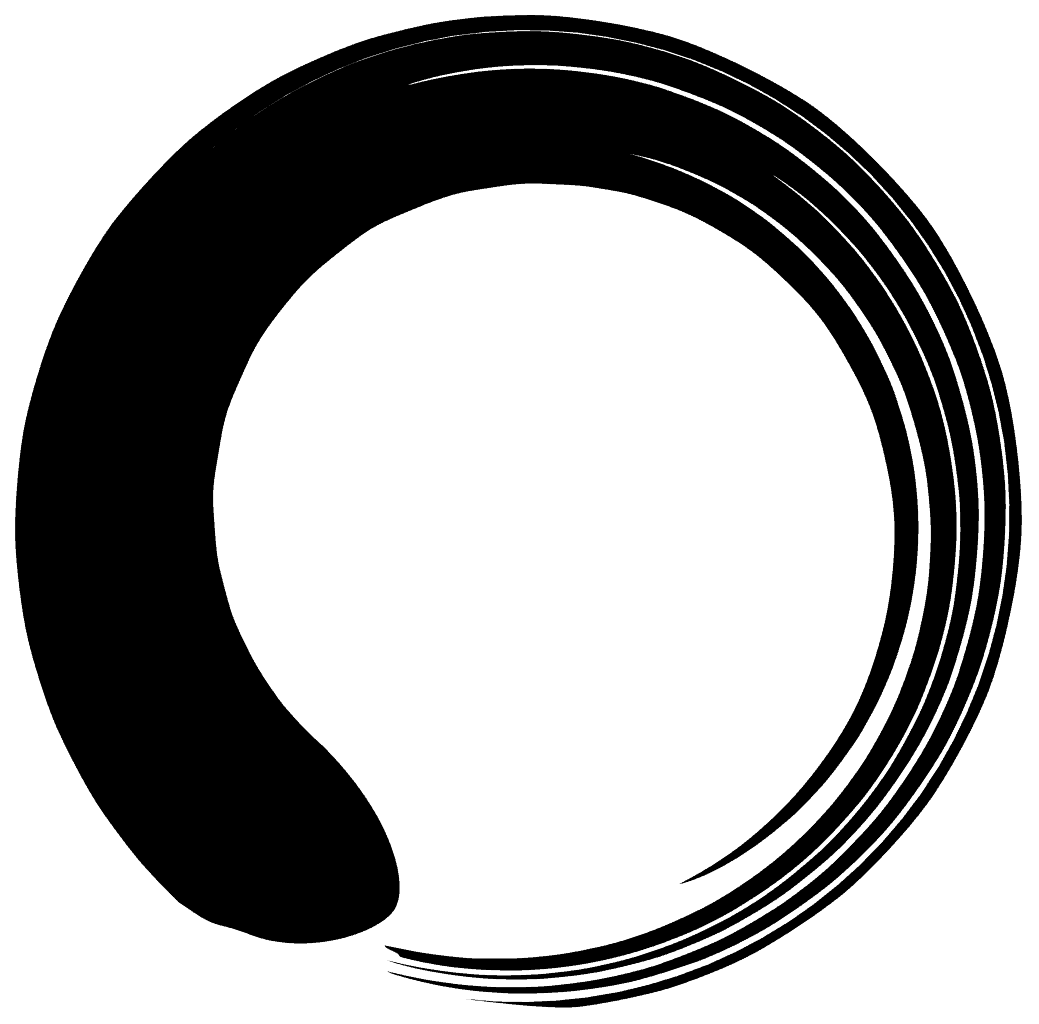 It’s said that once you create a Zen circle, you can’t alter it.

Although it may seem incredibly simple to create an enso circle, creating the proper circle takes time and practice. 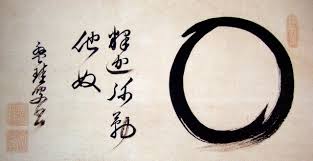 There are not many Zen artists known for their “perfect” enso circle creations.

However, for the ones that are known for their excellent enso art, they are considered to have mastered Zen, a practice that must be built upon.

What Does The Enso Circle Mean?

The enso circle means “circle” or “circular form” and often translates to “Zen circle” in English.

This symbol commonly comes to represent enlightenment, limitless strength, the universe, or mu (the void or no-thing).

When creating an enso circle, it is personal to the artist and represents their inner self.

Some enso circles are slightly open while others are completely closed.

Whether the circle is open or closed, this can mean different things that may personally relate to the artist of the enso.

If the circle is incomplete, this allows movement for development or represents wabi-sabi, the beauty of imperfection.

A completely closed enso, however, represents perfection, totality, or wholeness.

Why Is It A Circle?

You may wonder, “Why is an enso a circle and not something else?”

The simplicity of a Zen circle is perfect in the representation of Japanese culture.

The shape of an enso is symbolic of the beginning and end of all things, which makes sense as a circle is infinite.

In Japanese culture, a full enso holds nothing in excess but lacks nothing.

Zen Buddhism is a type of Buddhism that is mainly fueled by oneself rather than scripture or a set of rules. 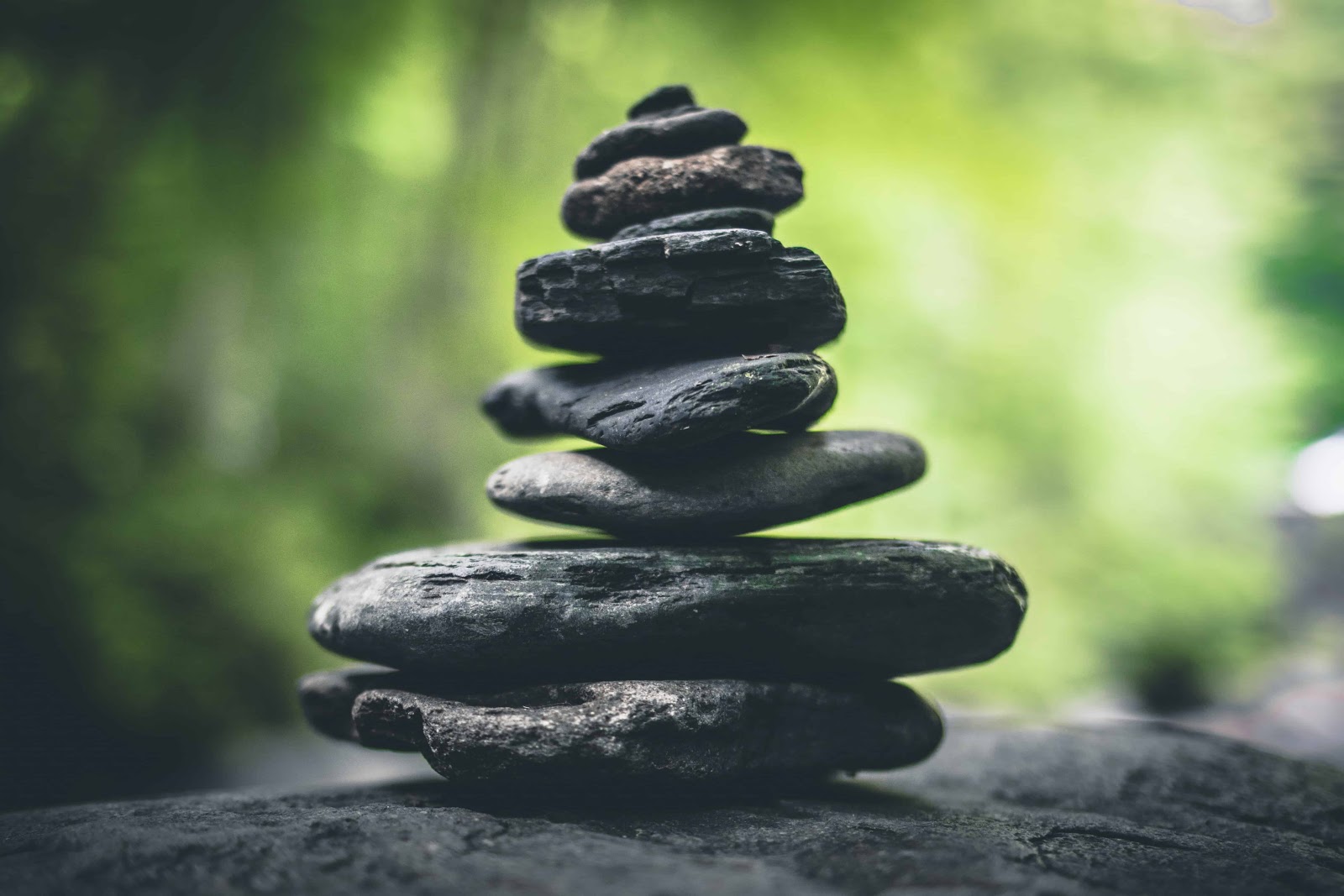 One common practice of a Zen Buddhist is Zen meditation or zazen where they sit upright as they emphasize presence, focusing on breathing.

Enso circles relate a lot to the practice of Zen Buddhism.

In both Zen Buddhism and with the creation of Japanese circles, the way you practice is very much freestyle and generally a personal experience.

While there are essentially guidelines for both enso circles and Zen Buddhism, you have the freedom to guide both practices as you wish.

For instance, in Zen meditation, the position you should sit in and how you breathe is typically customary. 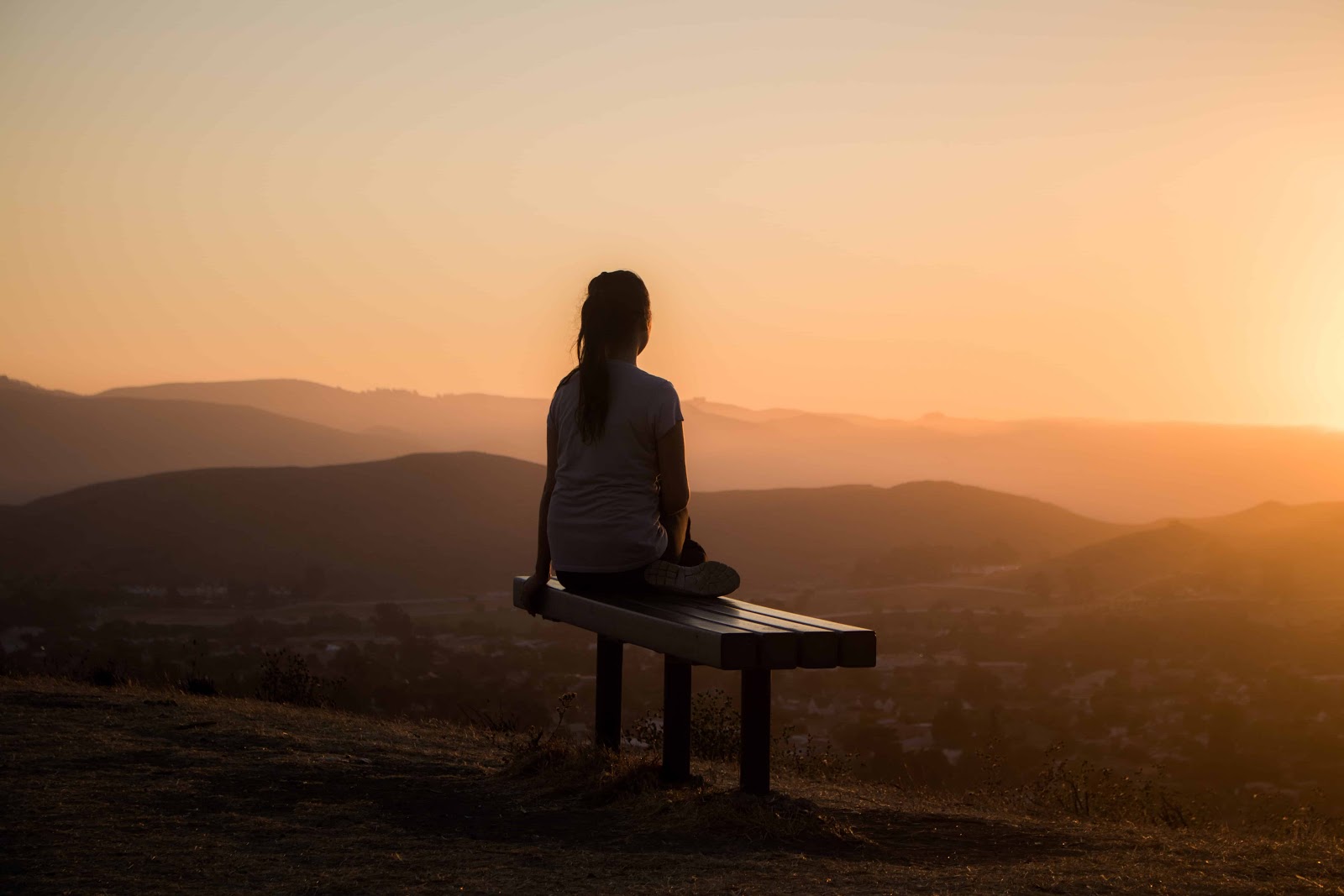 However, everyone has different Zen meditation styles in terms of what they choose to do with their eyes (i.e., open them, keep them closed, etc.) and how long they will engage in each meditation session.

When creating an enso circle, there are guidelines in terms of creating the circle as you must create it with just one stroke.

However, like Zen meditation, you have personal power over how you accomplish an enso circle.

You can make the circle quickly or slowly, small or large, thin or thick, and faint or dark.

You can use a large brush or a very small brush and a large sheet of paper or a smaller one.

You have those choices.

Zen Buddhism and the creation of Zen circles also have commonalities in terms of both requiring concentration that should not be interrupted.

With both, you cannot pause and start again later:

Instead, you must complete the session from start to finish without stopping.

Your enso circle must be closed or almost closed, while during meditation, the session is deemed complete when you have entered a mindless state.

Via both enso circle creation and Zen meditation, one should be determined to finish the session rather than focus on quality or skill during the process.

Both are very conscious efforts that symbolize presence, concentration, and mindful breathing.

Thus, it makes perfect sense why the two are often engaged in daily: because they ultimately have the same goal and purpose.

Enlightenment can be defined as an awakening or understanding of something.

With the enso circle, your goal is to be enlightened about their inner self.

Although being enlightened is a mental process, drawing an enso circle is a visual and aesthetic way to express enlightenment in Zen Buddhism.

In fact, enso circles are a strong symbol in Zen culture.

If you want to achieve enlightenment, you have to open-minded and and accepting within the present moment.

With both meditating and creating an enso circle, open-mindedness and acceptance are two important characteristics the individual must hold.

The enlightenment or understanding that come from either meditation or enso creation requires practice and repetition over time to fully grasp.

For more information on enso circles and their relation to Zen culture, Enso Zen Circles of Enlightenment is an intriguing book by Audrey Yoshiko Seo and John Daido Loori you may be interested in.

By providing a collection of different enso art examples and an analysis of each, the intent of Seo and Loori’s book is to provide insight into the variation and fluidity of this type of Zen art.

This proves to us just how personal enso circles can be to the artist in particular.

Ultimately, Seo and Loori explain in this book how the Zen arts, including enso circles, are not designed to merely be aesthetic.

Likewise, Zen art is not meant to be something that all can relate to in the same or similar way.

Rather, the purpose of Zen art, including the creation of enso circles, is to train the mind, which is a critical component of Zen Buddhism.

In turn, the reader can realize can subconsciously understand how to engage in Zen art themselves.

The History Of The Enso Circle

Did you know the enso circle has been around for hundreds of years?

Although we don’t know how long enso art has been around, we do know that it has origins in Japan

One of the earliest and best examples of an enso circle that has been found in Japanese culture is credited to Ranzan Shoryu (1718-1797).

Instead, it’s usually created by Zen monks and nuns who were dedicated to achieving enlightenment.

The monks and nuns that participated in this type of Zen art didn’t follow a specific doctrine.

The Japanese believed that the spiritual advancement within the artist would help guide them in the creation of their enso circles.

While many today might paint an enso circle for fun, creating this symbol wasn’t a one-time thing for the Japanese.

In fact, in 1707, a monk by the name of Hakuin was intrigued by enso circles when he saw the work of a Zen master.

Hakuin, in turn, created his own designs, which appeared seemingly flawless.

While beautiful on page, his work did not resemble his inner self.

Burning his brushes, giving Zen art a break for decades, he finally worked on it again.

The latter example in history brings to light that painting an enso circle isn’t just about painting a circle on a piece of paper.

For your enso circle to be meaningful and symbolic in Japanese culture, you’ll need to draw upon your inner strength and meditation.

Without the meditative, inner components of enso circle art, the circle on paper is without meaning.

How To Paint An Enso Circle

So how can you create your own Enso Circle?

You’ll need these materials to get started:

How To Draw An Enso Circle In 5 Steps

Tips For Drawing An Enso Circle

When painting an enso circle, don’t worry about making it artistically attractive.

Every enso circle looks unique from one another depending on the artist’s style and capabilities.

You might end up with a circle that is clean and symmetrical.

However, another artist’s circle might look a little more asymmetrical.

Enso circles are usually either completely closed, or have a slight opening.

There is no right or wrong; that’s the beauty in it! 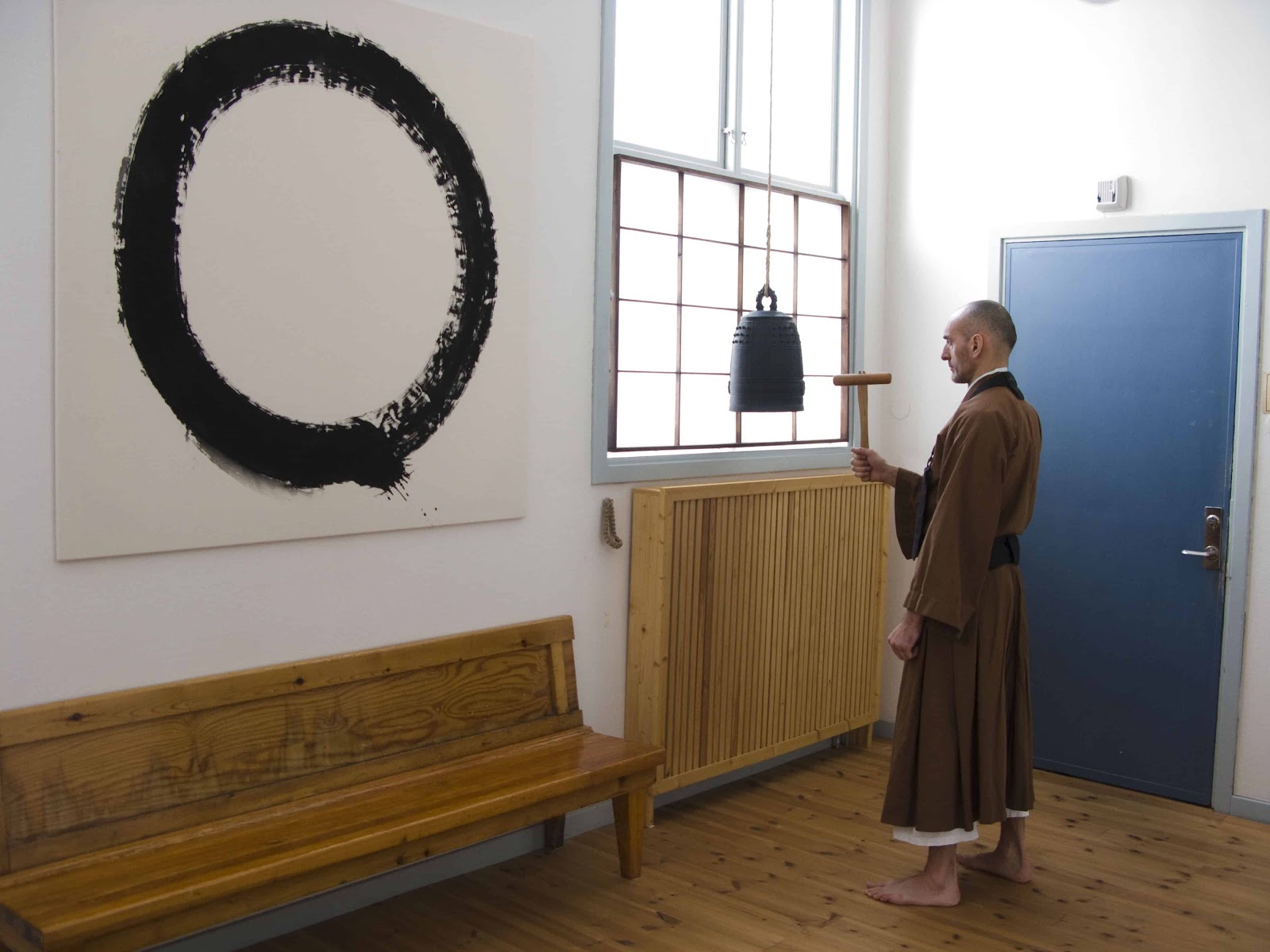 And once they’ve been made, they can’t be altered.

Artist Kazuaki Tanahashi is known for his colorful, modern versions of enso circles.

Feel free to experiment with colors, styles, and materials as you create your own.

In order to obtain the Zen component of enso circle creation, however, one must not rely on what they are drawing on their page, but rather, their breathing and self-realization.

If you’re creating an Enso circle, don’t rush it.

The best way to achieve this is through patience, discipline, and practice.

Whilst creating your Enso circle, look at the center of the circle rather than the brushstroke you’re creating.

Perfectionism on paper is not the goal.

Enso circles make for a popular tattoo design, and one doesn’t have to have Japanese heritage to get one.

But you should understand today’s Japanese culture:

And having a Japanese symbol tattooed on your body can be seen as offensive.

Tattoos have been a part of Japanese history since approximately 300 A.D., that is, until somewhere between 300 A.D. and 600 A.D.

Nevertheless, it’s clear that getting an enso circle tattoo is a more modern trend.

Some common places for a Zen circle tattoo include:

Many folks like to keep their enso circle tattoo fairly traditional.

Others like their tattoo to feature different colors, symbols, or specific features like an animal, the tree of life, or a scene within the center of the circle.

The enso circle tattoo won’t be created by one breath or brushstroke like on paper.

But they still look incredibly realistic.

A good tattoo artist will be able to successfully mimic the brushstroke-like component of an enso circle as they tattoo the design onto your skin.

Although many tattoo artists will be able to do the tattoo, you should specifically look for an artist who specializes in brushstroke tattoos.

Try hiring a tattoo artist that specialises in trash polka or watercolor styles.

These are the people who are best able to create an authentic-looking Zen circle tattoo. 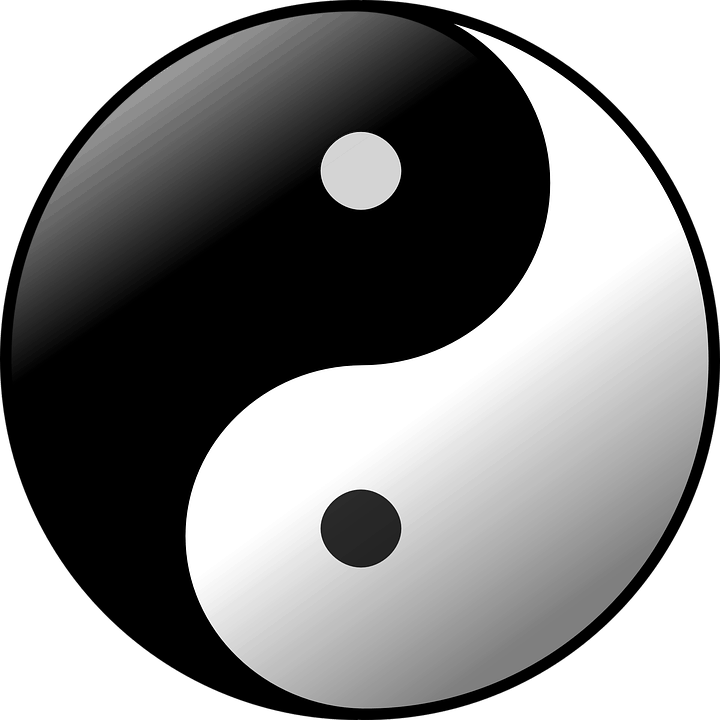 How To Say Enso Circle

When it comes to cultural or spiritual terms or phrases, you may fear that you’ll pronounce it wrong.

And in in turn, you might worry about offending the associated group or culture.

To show utmost respect to others, many want to know the correct way to pronounce something.

In English, ‘enso circle’ is pronounced like en-zoh sir-cul or en-soh sir-cul. In Japanese, the pronunciation is generally the same.

In English, though, you might prefer to pronounce it with a stronger ‘z’ sound or even a soft ‘s.’

Additionally, the Japanese refer to an enso circle as just ‘ensō’ as this word alone refers to ‘circle.’

Therefore, you don’t need need to add ‘circle’ after ‘ensō.’

Call for a free consultation!